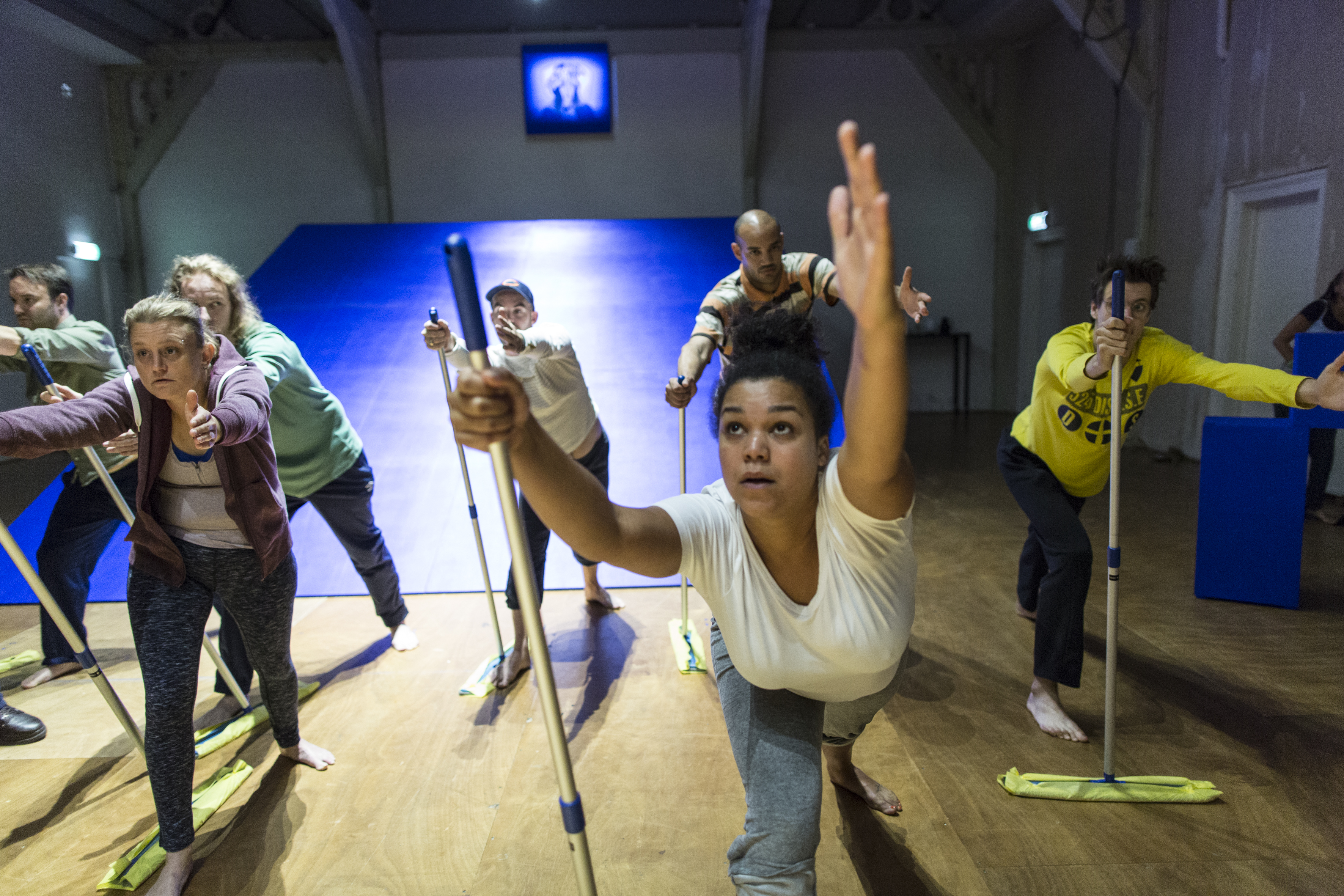 Paul Röttger celebrates a double anniversary this year: for thirty years, he has been the general director of the equally old theaterhouse he founded in 1988 – then the rotterdamscentrumvoortheater, now Theater Babel Rotterdam. The anniversary will be celebrated with a theatre-choreography, that premiers on October, 13th: ‘Piazza della vita’.

Squares and other public spaces have always fascinated Paul Röttger. “Recently, I had a five hour delay at the airport. Didn’t mind it at all. I like to look at people. How they move, what they radiate. Through observation, you get a clear image of our social reality. It’s the same with ‘Piazza della vita’, the square of life. We show life as it passes for everyone: starting from birth and ending with death. In between, the audience sees different recognizable images and scenes about desire, love, rejection and confirmation. This theatre choreography is an unabashed look at life.”

YOU DIRECT ACTORS WITH AND WITHOUT DISABILITIES IN THIS PERFORMANCE. WHAT DOES THAT BRING YOU?
“A lot of people don’t realize, or not enough, that actors with a disability are also looking for love, intimacy and progeny and that they think about the finiteness of existence. In short, that they have the same feelings as everyone. Speaking about that is often still a taboo. I would like to break that taboo with this anniversary-production, precisely by bringing these themes very sharply into the limelight.” 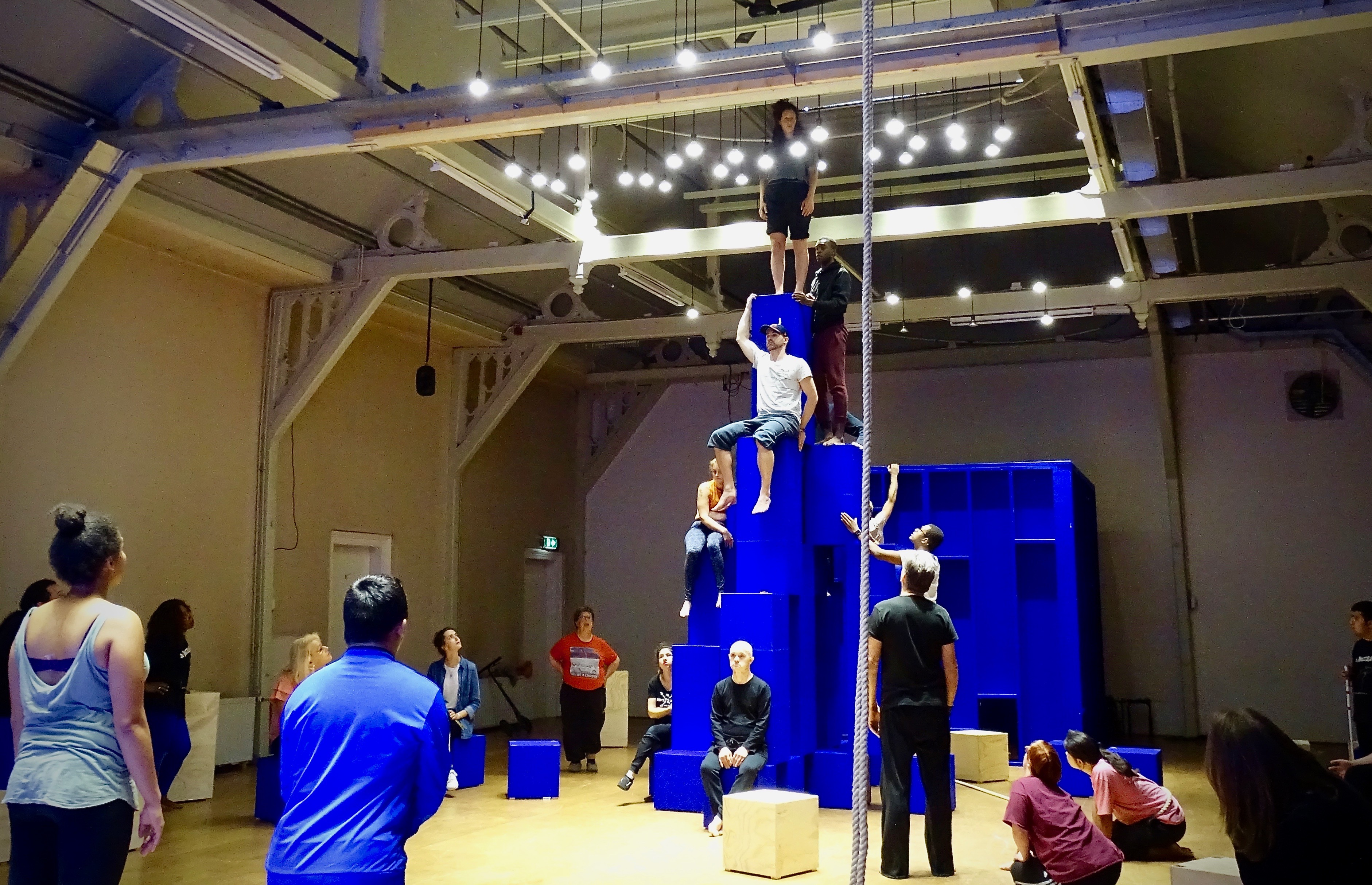 IT’S NO ‘OH, DEAR-THEATRE’, YOU ONCE SAID. WHAT DO YOU MEAN BY THAT?
“If you would only work with actors with a disability, the audience would say: oh dear, how nice. The performance would not be appreciated for its artistic quality. Because of the combination with actors without disabilities, amongst whom singers and circus artists, you end up with a shared professional product, that, by chance, happens to be inclusive. Or by chance… I consciously chose this and I wouldn’t want to work differently anymore.”

WHY NOT?
“We live in a participation society, but you don’t see many people with a disability in the theatre audience or on the stage. The former Secretary of State for culture, Rick van der Ploeg, already pled for more diversity on the subsidized stage twenty years ago. He was mainly talking about cultural minorities back then, but even they are still hardly visible on the stage. With Theater Babel Rotterdam, we break this invisibility, in our case by putting actors with a disability in the spotlight. This can be a physical, mental or psychiatrical disability. Often, you don’t even see it when you look at them.”

HOW UNIQUE IS THEATER BABEL ROTTERDAM?
“Unfortunately, very unique. We are the only inclusive company that receives structural subsidy in the world. I hope more companies will start working inclusively. But you have to have specific qualities to do that. First and foremost, there has to be a space in your heart for the person who is different. Then, you have to be able to deal with different kinds of disabilities, and you need the knowledge for that. For myself, I think that I’ve become a richer and milder person since I’m working together with this group of actors, and I hope a better artist as well. You get more insight in the complexity of a person, and you learn to relativize. To give an example. An actor with a disability can react in different ways to agreements you made the day before. ‘I can’t or I don’t want to do that’, is what you might hear. It takes patience to talk about that. Often communication has to be non-verbal. With each actor, you develop your own language.”

SO YOU LEARNT A LOT FROM IT?
“Yes, definitely. See, we ‘without disabilities’, as a matter of speaking, we approach everything from our intellect. Actors with disabilities have stronger developed sensorial abilities. We think that we can see everything with one look. But the visually impaired with whom I work, take all the time they need to feel a space. I think that by feeling it, they experience a lot more than we do with our eyes open.” 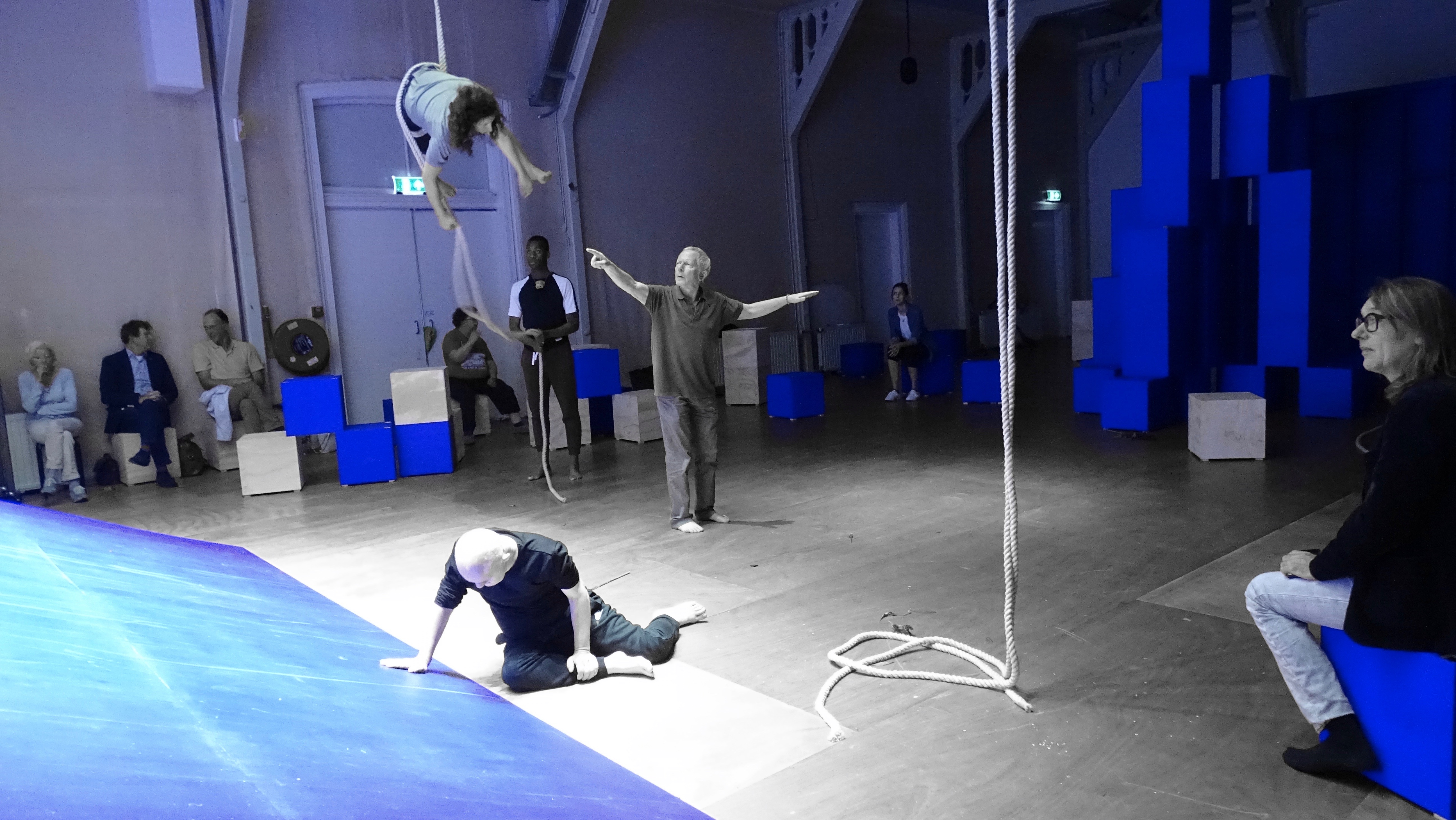 HOW DOES THE COOPERATION BETWEEN BOTH GROUPS OF ACTORS WORK: WITH AND WITHOUT DISABILITIES?
“In itself fine, but it’s not always easy. It’s a learning process, with the accompanying squabbles.”

WHERE DO YOU WANT TO BE WITH THEATER BABEL ROTTERDAM IN FIVE YEARS TIME?
“Then we should be seen by the audience, press and institutions as a fully-fledged, professional theatre company. And that should have its influence on the number of visitors, productions and attention in the media. In five years, we want to perform on the national stages and be visible on international festivals, like the one of Avignon. And in ten years, I hope every master education offers inclusive arts at universities and colleges. I’m working hard for that.”

‘PIAZZA DELLA VITA’ IS BEING PERFORMED AT THE FORMER THEATRE BONHEUR AT THE EENDRACHTSSTRAAT. WHY DID YOU CHOSE THAT LOCATION?
“We want to perform on another location, once each year, to reach another audience. The advantage of this space is also that it’s bigger than our own spot at the Mathenesserdijk. And it’s important that this theatre doesn’t have a stage. When the actors are on a stage, and the audience in chairs in the auditorium, I think the distance becomes too big. Our goal is always to let the audience be part of the experience.” 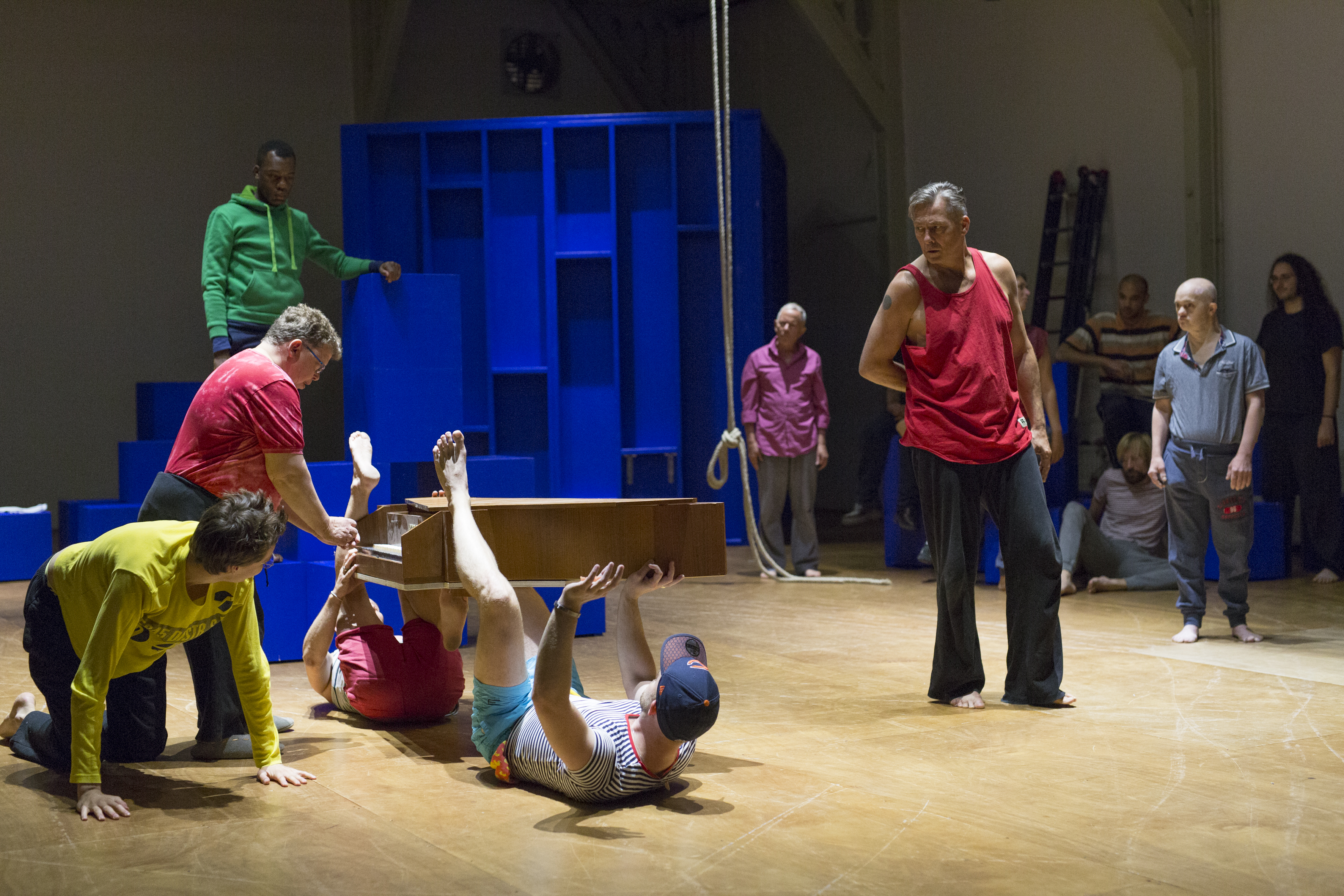