“Intimate encounter with the performers from Babel” 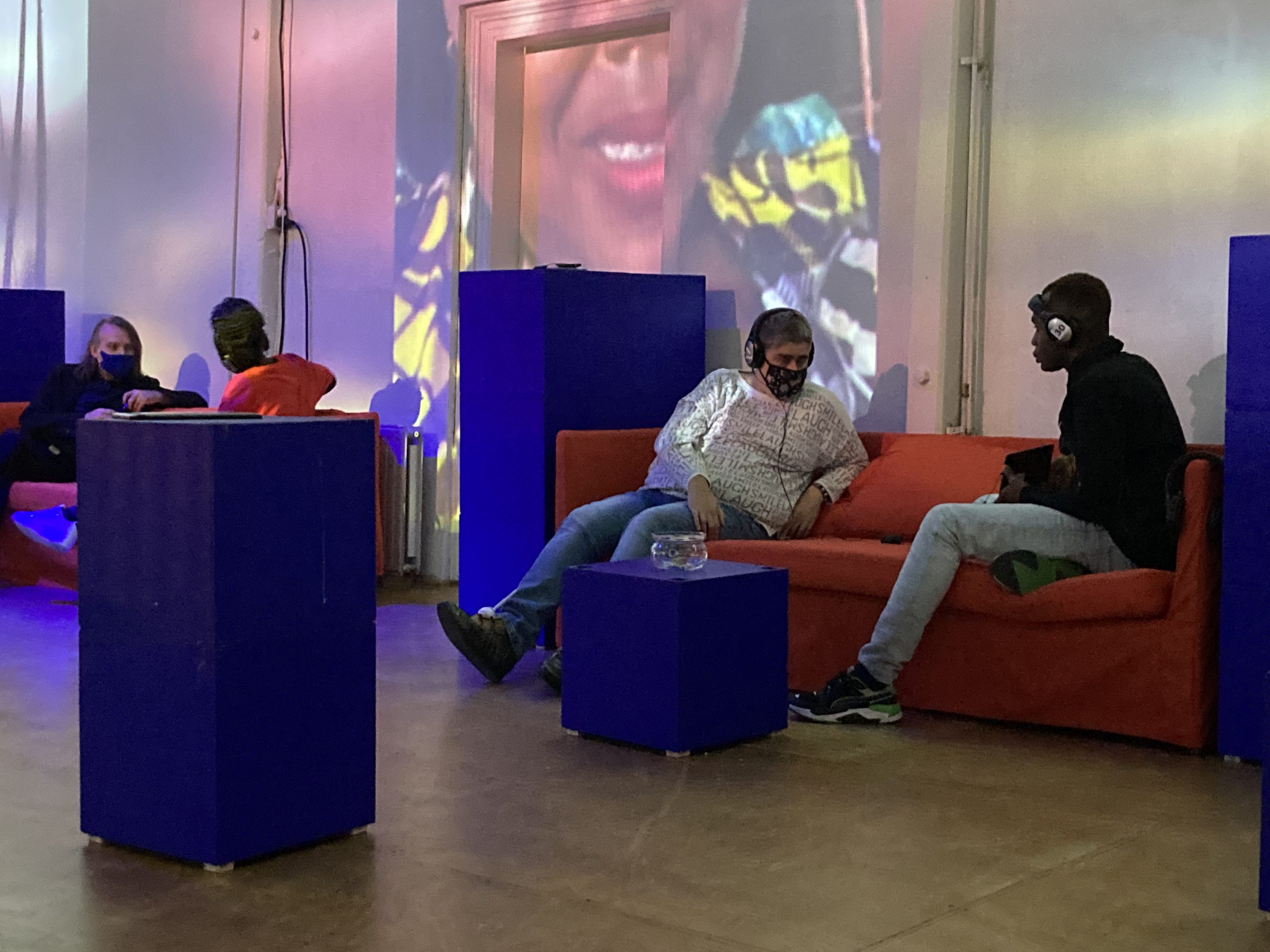 For years, director Paul Röttger had been walking around with an idea in his head. What would it be like to interview close relatives about the actors of “his” company, Theater Babel Rotterdam? And then having those interviews spoken as a monologue by the players themselves. After all, he believed, in the spirit of the French philosopher Emmanuel Levinas, you need the other to see or become yourself. To shed light on blind spots.

It had to take until the corona crisis before he actually realized this intention. Due to all the restrictive measures, the dancers and performers could no longer come together, but interviewing fathers, mothers, brothers and sisters was of course possible. Safe, at an appropriate distance. It resulted in revealing, endearing and sometimes heartbreaking stories that are now shared with the public through Ik via de ander. Reworked by Erik Ward Geerlings in well-arranged monologues of around ten minutes.

Röttger tells it all at the start of the performance after he has received us as a friendly host and led us to a seat on one of the red benches set up against the walls. In the middle of the large space of Theater Babel, two dancers perform movements that are somewhere between a warm-up and light acrobatics. A smooth handstand, athletic pole climbing. A boy drives around on a scooter, a guitarist elicits subtle sounds from his electric guitar.

In the corner of each bench, an actor or dancer from Theater Babel is sitting. But you don’t know that at the start, the other person can be a fellow spectator as well. First, life-size projected portraits of all 28 players pass by on the walls and then those of the interviewed family members. Röttger mentions their name and the family connection.

Then suddenly my Surinamese bank mate starts talking. He introduces himself as Rohiet and talks about his life. How he came to the Netherlands and discovered that there are courses here where you can dance all day long. A dream! How he ended up on this education, but after a year his money was gone and he had to return to Suriname.

It feels a bit uncomfortable, such a personal story. Slightly too intimate, these outpourings of a complete stranger. Can I ask questions? Do I also need to tell something about myself? But we are not in a cafe. I’m the spectator here, he’s the actor. His monologue has been rehearsed. His story may be strictly personal, but at the same time it is not. After all, it is the story about him, of a relative, which is now told by him, apparently unmoved.

Before I can accommodate all those conflicting feelings, the session is over and all the dancers and actors move to the center of the room for a group choreography. After a short while, another Babel member takes a seat on the couch.

She introduces herself as Wilma and in her working life she is a learning-work coach at a care institution in Rotterdam. Her story was written through her brother. In the meantime, I can deal better with the situation and I am now especially fascinated by the honesty with which someone I have never met speaks to me. The need to ask a question now and then remains but the discomfort is disappearing.

During the next change, I find myself looking for a favorite candidate in the group of dancing performers. Who would I prefer to sit next to me on the couch? Whose story do I want to hear? From that little boy on the scooter? Or that muscular dancer?

It turns out to be Ali. With a cane for the blind he searches the way to my bench. Ali is visually impaired, a result of a failed operation at the age of five. He tells through his brother. It is not difficult for him that he became mentally disabled as a result. That is mainly something to joke about.

It is precisely through Ali’s story that the unique character of Theater Babel once again becomes clear. This company is the only company in the Netherlands that makes no distinction whatsoever between people with or without “disabilities”, physical or mental. That cannot be taken literally enough. Not only on the acting floor, inclusivity is the norm throughout the organization.

After Ali’s cheerful story, Patrick and Sharoma join me. In their lives, everything has not gone smoothly either. Patrick has suffered from an accident as a child during a holiday all his life, something went wrong with Sharoma during her birth. But there is no resentment or disappointment in their stories. On the contrary. They seem to embrace life.

I wouldn’t be surprised if this cheerfulness has to do with the fact that they are taken completely seriously at Theater Babel. Their so-called disability does not exist here, which is also reflected in the collective final dance in which any distinction between the actors and dancers has disappeared. Everyone is equally valuable.

Well, almost. I catch myself looking for Ali, Wilma, Patrick and Sharoma in that large group. I got to know them a bit and therefore, they are just a little more valuable to me than the rest of the company.

That is what Ik via de ander does. As Paul Röttger puts it in the program magazine: “Hopefully the visitors will see the dancers as human beings, who can be lucky or unlucky, in the end. Just like the visitors themselves.

How true. I would have liked to have them all on my bench.

This article originally appeared on Theaterkrant.