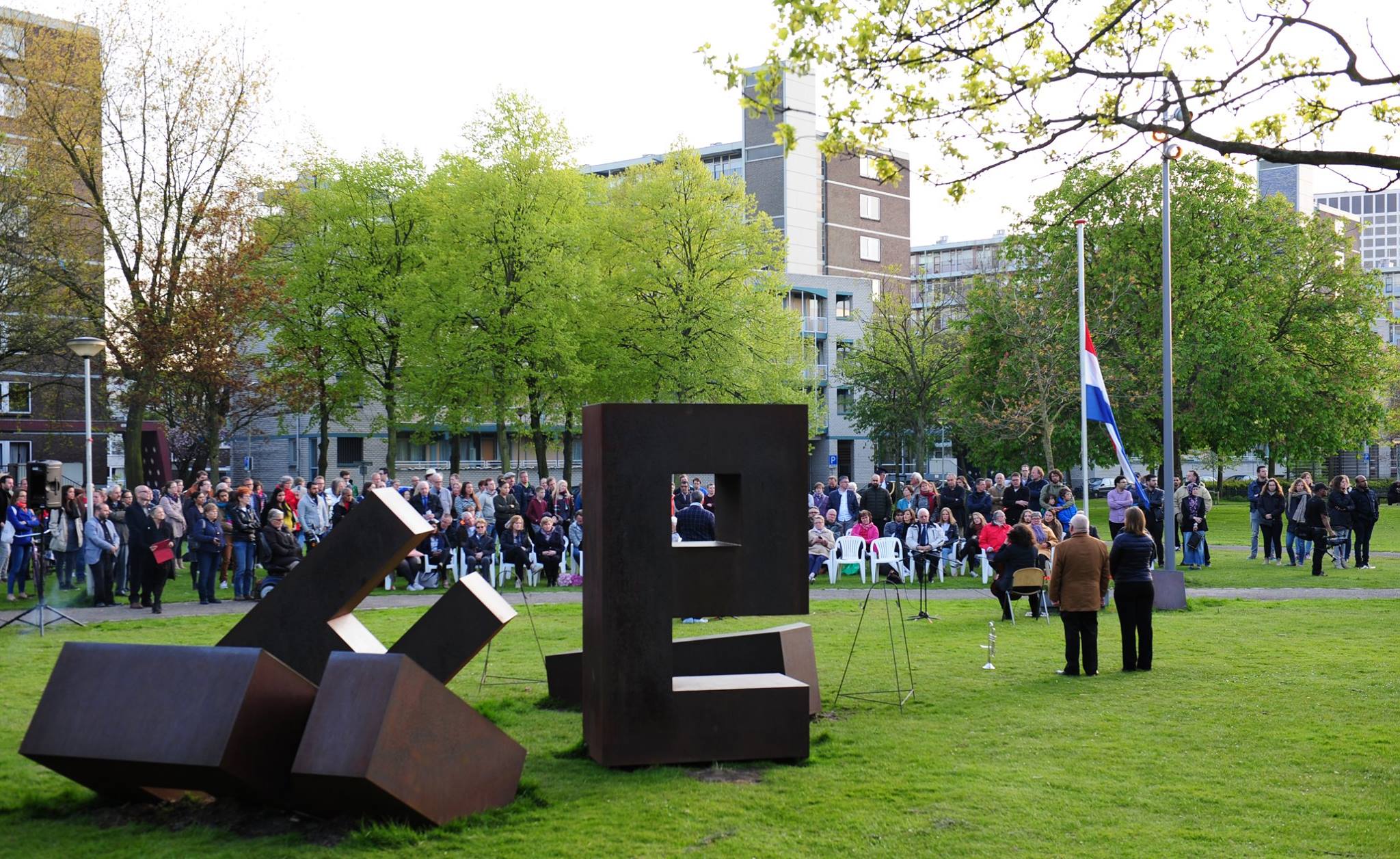 Culture House Delfshaven (part of the Rotterdam Centre for Theatre) was closely involved in the commemoration in park 43 Delfshaven, project leader Bram Legerstee was committed to complete the programming and to serve as a theatrical advisor.

Especially for this opportunity a poem was written.

Numerous houses were directly hit,
others were put ablaze.

From the windows that were shattered by the explosions, blew curtains that caught fire from flying sparks.

So hit the fire over from building to building, from block to block.

The woman has strangely dry eyes, the man governs himself some more. When the smoking mess which was once a vegetable shop. They can no longer restrain themselves and burst into tears. And then come the stories. The married daughter lived here with her husband and two children. The children have been rescued, but the couple is missing. Chances are that they are buried under the rubble. The area is being cleared.
Park 1943
Smoke and dust clouds.
Now hang, where as before yet everything was quiet and peaceful. 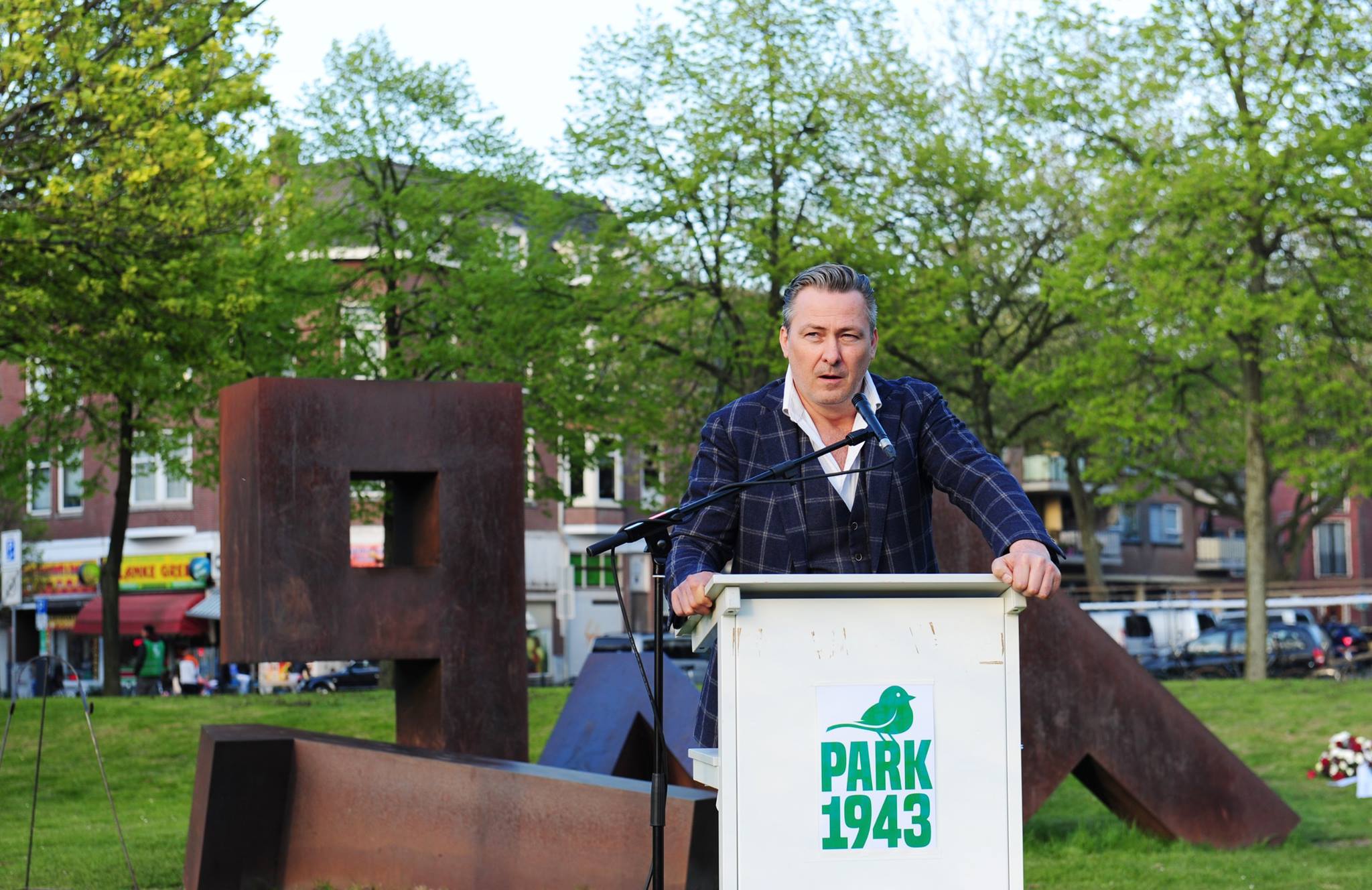