Theater Babel on the way to the IFFR

Everything is unusually unusual at Theater Babel Rotterdam. Which is also the title of the film that Christiaan van Schermbeek made about the inclusive theater organisation. “The actors are able to enchant you, perhaps because of their naturalness.”

Filmmaker Christiaan van Schermbeek followed Theater Babel Rotterdam for two years. Like a fly on the wall, he was present at the rehearsals of ‘From J. to Jessica’ and ‘I through the other’. The result is the film ‘Unusually Unusual, which will premiere at the International Film Festival Rotterdam.

Theater Babel is a unique professional company in Europe because it structurally works with actors with and without disabilities. In the film, Babel director Paul Röttger argues for equal treatment. Disabled actors should not have to adapt to non-disabled actors. All that matters is the search for a new art form.

In his Parkflat in Rotterdam, Christiaan van Schermbeek (65) explains how the idea for the film was born. “I made six hundred episodes of the cultural Rijnmond program Moois, including several about Paul and his theater group. At that time he was still based in Bospolder Tussendijken with the Rotterdam Center for Theater. That’s how the contact came about. 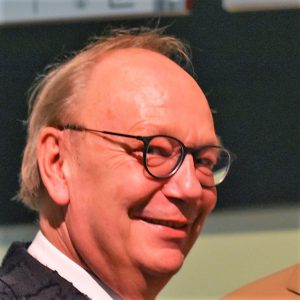 “Yes and no. I fantasize endlessly about each of my projects, but in practice I break everything down again, because things turn out differently. In the end I often come back very close to my initial feeling. I knew the end product, the performance, from Theater Babel. I had to peel it off, say: rewind the film, to get to the starting point. In my opinion, the origin is a collective that is at the same time flexible and strictly led by Paul. My task was to approach that source as closely as possible with my film. I think we succeeded.”

What kind of process is Paul Röttger in during a theater directing?

“In a simile. It also starts with a dream that he slowly peels off. Initially, for example, he wants a cappella music from the Renaissance, but nothing needs to remain while working with it. So you have two peeling processes, Paul’s and mine. My big question was: how do I get all this in the limelight? Well, mostly with a lot of patience. Theater Babel works in a very intensive way in which everything is improvised and tried out. It can take a very long time before a ‘final’ step is taken. Sometimes after an afternoon of shooting you get exactly one detail. Certainly, we were very happy with that.”

So there was no plan?

“No. Paul initially suggested making agreements about the content of the rehearsals on shooting days. He thought he would give me a little more grip with that, but I didn’t think it was a good idea, because I prefer not to be restricted in that way.”

Hence the title of your film, ‘Always everything else’?

“The suggestion comes from Paul’s camp. And I totally agreed. Paul is someone who constantly surprises himself. I don’t want to say that he is never satisfied – he can purr with something beautiful like a cat – but a performance is not easily finished in his eyes. It can always be better. That way of thinking belongs to Paul’s raison d’être. If it is not fast enough, he will come up with a provocation. New ideas must constantly be imagined! Of course he also surprises the players. He gives them great confidence, but they have to “pay” for it by perhaps doing things completely differently next week.” 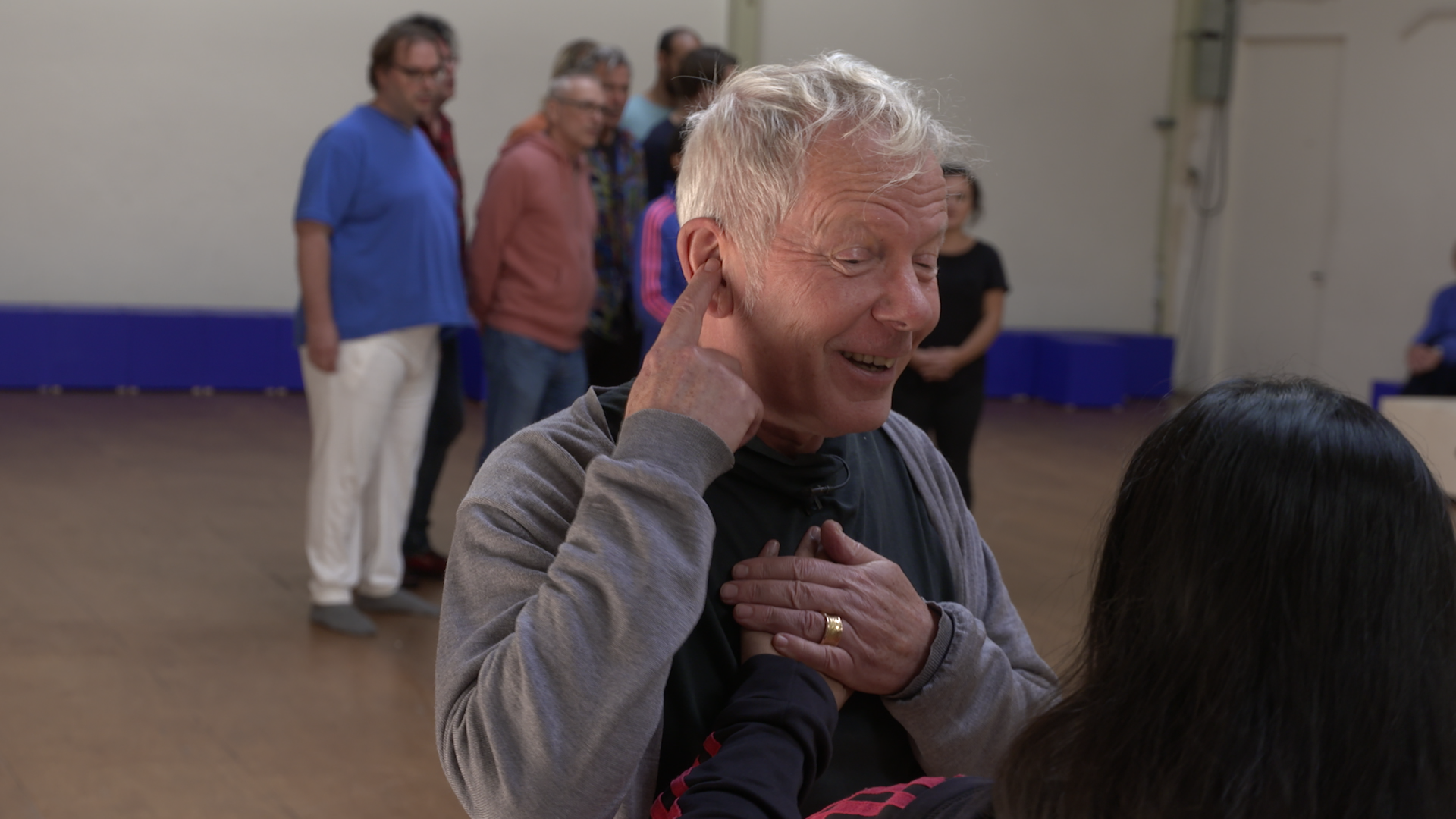 So for you as a film director, everything was always different. How did you experience that?

“I love it, especially in the filmmaking process. If everything is always the same, I start to yawn.”

You had to throw away a lot of material after those two years of filming. How did you kill your darlings?

“The edit was mainly done by Douwe Wilhelm van der Werf. Like a butterfly collector, he put all the colors next to each other and looked at what fits together. Selecting images is a natural process. For example, you can choose a shot of an actor stares beautifully. That comes from intuition. Maybe there’s no context at all, it doesn’t matter, it’s about that beautiful stare. You also pay attention to where Paul achieves something. You have about seven Pauls. A villainous Paul and a sweet Paul, a slightly evil and an empathetic Paul. A butterfly with seven appearances, all of which you want to shine.”

There is a fairly short film left: one hour and ten minutes.

“I think it’s a very pleasant length. More importantly, it’s a slow-paced film. Not a fast film, because it gets boring after ten minutes. I like still images. An actor who makes a nice gesture, an actress who is thinking.”

You have never worked with actors with disabilities before. How did it go?

“It was quite difficult in the beginning. For example someone had played an impressive scene, about which I wanted to talk. When I did I noticed in the them a feeling of: who are you? But I continued to approach these actors, precisely because I had no experience with them. In the end it usually went well.”

How did inclusive acting come across to you?

“In a pretty natural way. Everyone has inner struggles, including these actors. The films zoom in on that. It is therefore not a question of disability or no disability, but of personality. The foundation of the performance is that the viewer gets to know thirty people. Theater Babel is a good pioneer in the discussion about inclusiveness, a. by giving attention to it, b. by doing it normally. People are more than their stamp, whether that be deaf, visually impaired or autistic. In the performance it is often impossible to see the difference between actors with and without disabilities. It’s about their stories.”

“Yes, but it is also art. The actors play themselves, but with that twist of imagination that makes them rise above themselves. This also happens to the viewer. Of course, he gets to hear stories and see images, but more importantly, the viewer is played by Paul, who has been stirring a pot like a cook, thinking: if I throw a piece of music in it now, how would that be? flavors? And if I add a monologue here, how does that taste? For example, Paul has an actor tell a story that stops halfway through. After 45 minutes it comes back in a tilted way. The public has now had time to think, and may be receptive to a different view. Such a story can then have a completely new impact, no longer literally, but in the spirit. Paul will never tell much about his dramaturgy, not even in this film. Understandable, because which cook reveals his recipe? I think it is an achievement of the actors that they are capable of enchantment, often without a very professional training. Perhaps that result is due to their naturalness.” 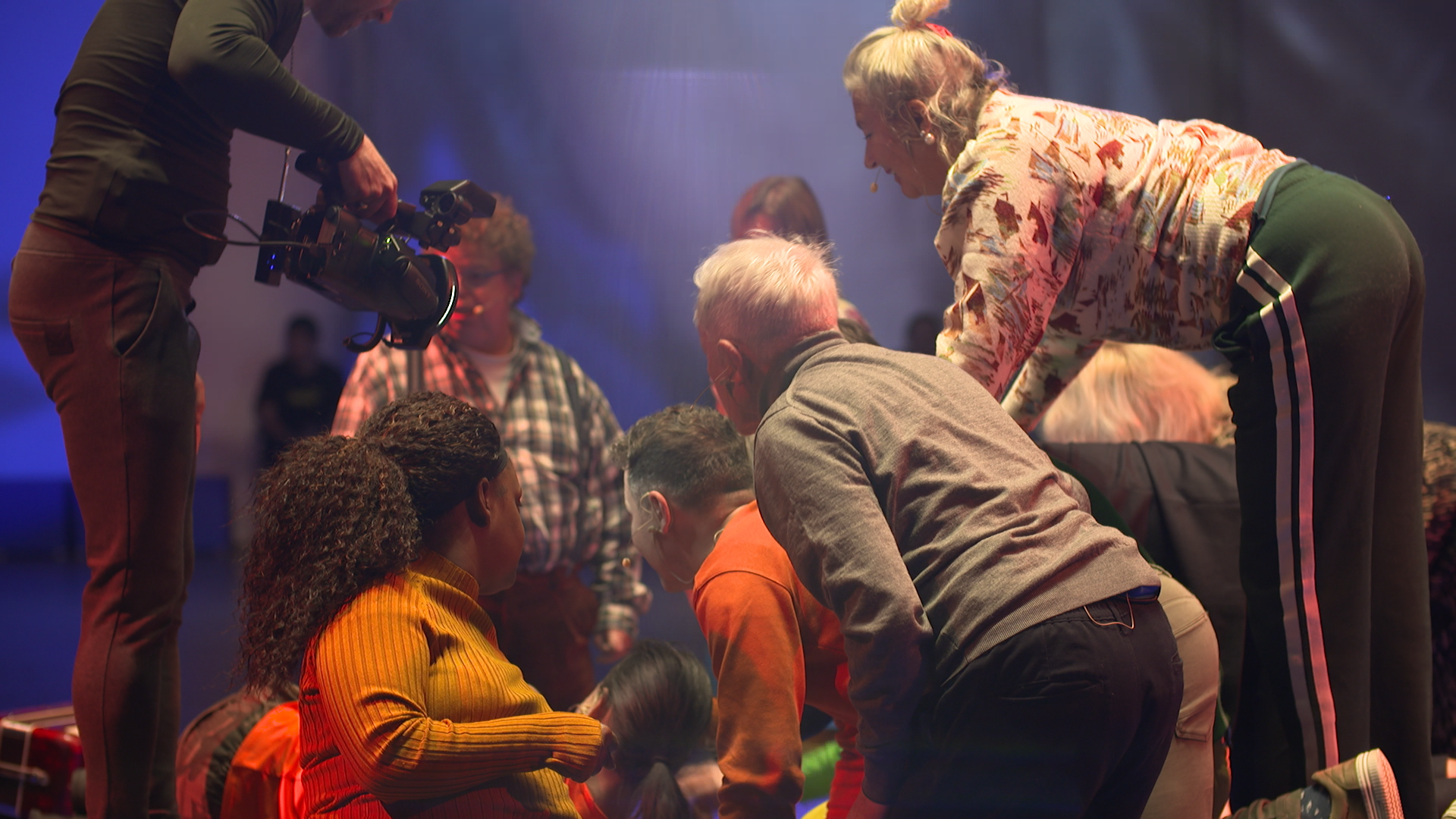 Paul Röttger wants to confront the audience with what it does not know or even does not want to know. How did you deal with that?

“By not being too careful. For example, I thought it was important to have Sharoma in it who has a disability in speaking. I wanted to show the audience that it’s complicated to film that, but also that Sharoma, all things considered, communicates very well. She has her own, authentic way of emphasizing her words. For me it was a confrontation with myself: will I get out of this as a filmmaker? So yes. As long as you give enough attention.”

Should you film everything from Paul Röttger?

“Yes, I was allowed to film everything.”

What has stayed with you most in those two years?

“The incredible attention of the players for the rehearsal process. They have a great eagerness to move forward. I have the feeling that attention in that way does not exist in a large theater group. There is hardly any messing around at Babel. Paul knows how to draw the players into his concentration, it’s a kind of super attention. Jessica plays a rather subtle scene in ‘From J. to Jessica’, for example. Then you feel that the whole group hangs on her every word and thinks: I want that in my next scene too. Paul manages to touch the collective with a magic wand from within the individual. He breathes life into the players.”